And now it is confirmed, Islamic State (ISIS) is a US creation

New Delhi: The Islamic State, like Osama bin Laden and al Qaeda has been consciously created by the U.S. This has now been confirmed by the release of classified documents of the US Defense Intelligence Agency by Judicial Watch that obtained these through a federal lawsuit in the US.

It was doubly confirmed in an interview to Al Jazeera more recently by Lt General Michael T.Flynn , the director of the Defense Intelligence Agency, commander of the Joint Functional Component Command for Intelligence, Surveillance and Reconnaissance, and chair of the Military Intelligence Board from July 24, 2012, to August 2, 2014.

The first reports of this filtered out from the Syrian government over three years ago under the US-Turkey sponsored siege by rebel groups. Senior advisor to President Bashar al Assad, Bouthaina Shaaban told this writer in Damascus in 2012 that the al Qaeda had joined the rebels being pumped with arms and money by the governments opposing the Syrian government. Shortly after she said that new forces had joined the Opposition and could be more dangerous than even the al Qaeda.

These claims from the Syrian government were stoutly denied by the U.S, Turkey and other countries involved in pushing the rebels through the conflict. A denial that has continued till recent days, despite the emergence of the more lethal Islamic State that is controlling large tracts of land now in both Syria and Iraq.

The DIA report states that

“THE WEST, GULF COUNTRIES, AND TURKEY [WHICH] SUPPORT THE [SYRIAN] OPPOSITION… THERE IS THE POSSIBILITY OF ESTABLISHING A DECLARED OR UNDECLARED SALAFIST PRINCIPALITY IN EASTERN SYRIA (HASAKA AND DER ZOR), AND THIS IS EXACTLY WHAT THE SUPPORTING POWERS TO THE OPPOSITION WANT, IN ORDER TO ISOLATE THE SYRIAN REGIME…”

The cynicism and the manipulations that have laced US strategy for West Asia are again visible in the following:

ISIS was created by US

In an intense interview with Al Jazeera where he was questioned thoroughly US military’s top intelligence man admitted that extremist insurgency that turned into the Islamic State has been stoked by US policy in West Asia. General Flynn said that clearly there was something wrong with American policy and strategy for the region as the number of designated terrorist groups had doubled. He said that the war had given rise to the Islamic State, and the US should have focused not on conflict but perhaps on solutions. He said that history was not going to be kind when it looked on the US involvement in Iraq. He agreed that the ‘system’ was guilty of war crimes in Iraq and Afghanistan, and the prisons in Iraq had contributed directly to the rise of the Islamic State.

Bouthaina, a dynamic and bold advisor to President Assad, had full details right from the very beginning of the composition of the so called rebels who were set up by the US, Turkey and the Gulf countries to fight the Syrian regime. It started with the funding of border smuggling and arms mafias, who were joined by various small insurgent groups in the region. The Syrian Army that despite being largely Sunni in composition stayed united behind President Assad right from the beginning till date was able to tackle these groups at the onset. However, these were then added to by what the Syrian government had identified as the Salafists, the al Qaeda and other more hardline groups operating in the region. Arms and money was poured into the region to fund these groups as the powers behind them were determined to get Assad out.

The dual policy remains with the Islamic State being supported by Turkey that has been working closely with the US against Syria. The recent announcement by the Turkish government to crack down on the IS surprised many, but as was exposed by the Kurds this was again a cover to bomb and kill them. The Kurds who for long have been seen by Ankara as the real threat have been mercilessly attacked by Erdogan’s government for, as their spokespersons have said, “fighting the Islamic State.”

India does not seem to have factored any of this into its policy for the region.In fact there are doubts now whether it is even watching the region as closely as it should, given its proximity to West Asia and the millions of Indian nationals employed there. Some notice of the developments have been taken by retired officials. Former Additional Secretary in the Cabinet secretariat and a well informed intelligence officer Vappala Balanchandran took note of this in an article for The Citizen where he had asked ,”Was the core of this group trained by NATO countries and supported by leading Arab nations in their effort to destabilize the Syrian Assad regime? Is the Jihadi war against Iraq an unanticipated by product of those efforts?” More recently retired Ambassador Mk Bhadrakumar has pointed to these developments in his regular column for Rediff.com where he has pointed towards a sequel to this in Afghanistan. He wrote, The specious plea being advanced by Washington currently is that the US wants to turn Afghanistan into a regional hub to wage a war against the IS — a war by the US and its partners, which, in the opinion of Gen. Martin Dempsey, chairman of the Joint Chiefs of Staff, could last not less than a generation.

This Dempsey guy is a smart general, isn’t it? It was under his watch that the IS was finessed and deployed as the instrument of US regional policy to overthrow the established government in Syria and to force Baghdad to allow the return of American troops to Iraq – and now he pops up in Afghan President Ashraf Ghani’s office in Kabul one fine day two weeks ago to make the proposition that Washington might need an open-ended military presence in Afghanistan for another 15-20 years to wage the global war against the IS.”

Disclaimer: The article was first published in ‘TheCitizen’. India TV does not assume any responsibility or liability for the same. 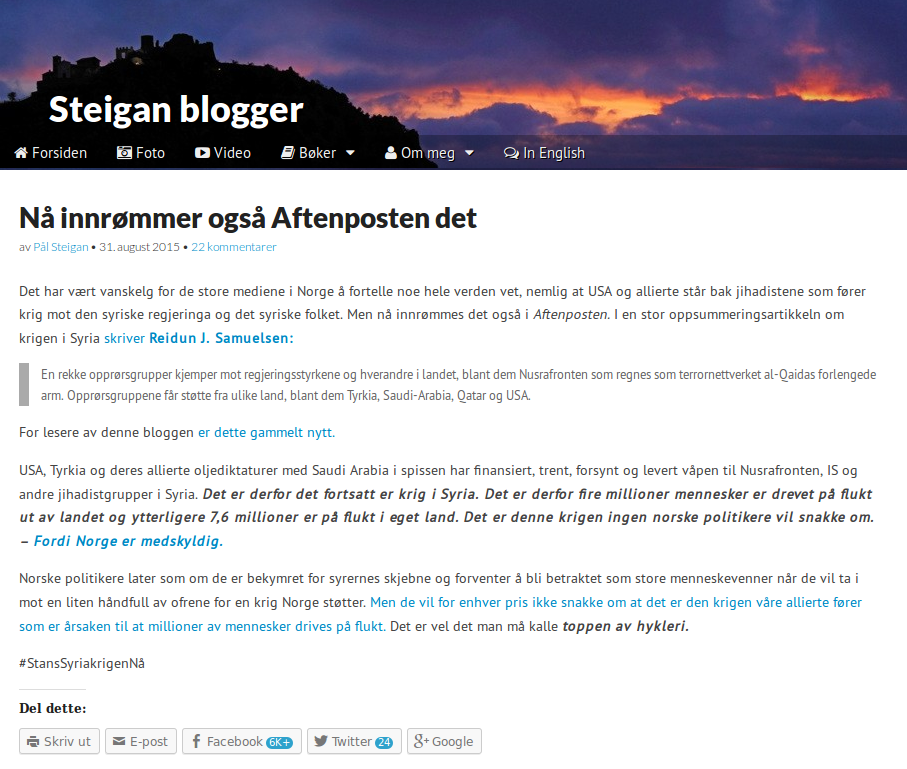 Sibel Edmons on Gladio B – Part 1

Gladio B and the Battle for Eurasia 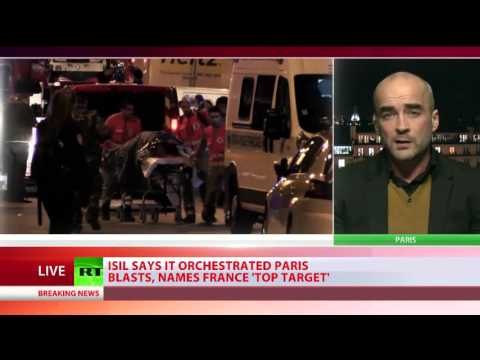 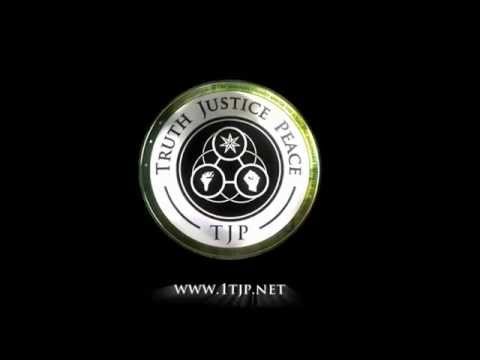